It's been a long time since I've been skunked.  When living in New Mexico, I could count on at least a few a year, fishing on a couple of lakes and on the lower Rio Grande near Pilar.  Since moving to Colorado 4 years ago, I haven't gone down that road.  There have ben close calls though.  There was the first time I went to Cheeseman Canyon in November, and although I saw a few fish, I finally hooked and landed one. Then the time on the Arkansas River in February or March with my buddy Kent.  I worked and worked for just one fish.  At North Catamount Res. 2 years ago I was kicking my way back to shore after getting my butt kicked by the fish.  I got my one pity fish on the way in.  And yesterday at lower Deckers, I got one hooked and landed.  Just one.  I had others, but they either missed or got off.  One in the net.  That's all I needed. 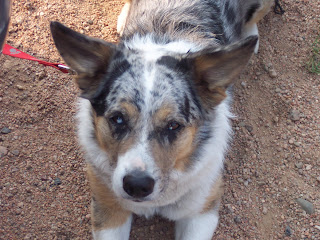 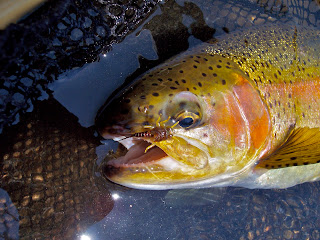 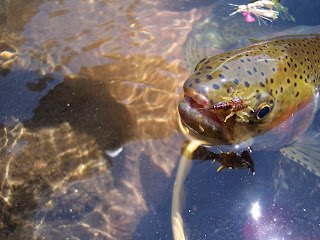 Today, I headed to North Catamount Reservoir to fish the inlet area.  It was good.  The wind was not bad, but by noon, I had enought fish and wind to last until next week.  All the fish were caught on dry flies.  A CDC Emerging Midge was exactly what the fish were wanting.  The fly consists of an amber shuck and black body and white CDC wing tied in the RS2 style.  This fly has become one of my go to patterns on both lakes and rivers.  The day started off hazy from all the smoke coming from the fire in Arizona.  It made the day almost "overcast" as you can see in the picture of Pike's Peak. 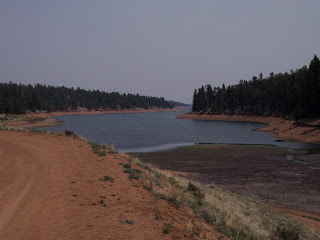 The inlet of North Cat.  A little low, but plenty of water.  I fished on the north side (left) of the inlet. 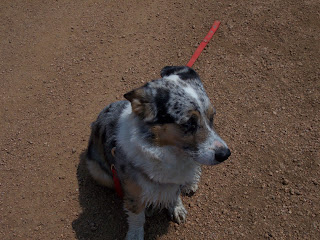 Buddy has been a good fishing partner. 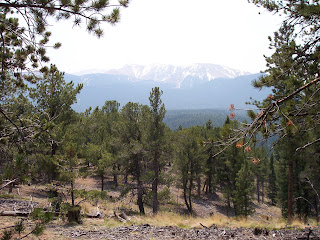