I had a couple of requests to tie up a recent pattern that I posted a week or so ago.  The Buggy Arizona Prince is my variation of the Arizona Prince tied by Jeremy Davies.  I added a collar of brown dyed starling  for the soft hackle so it would add to the overall bugginess of the pattern.  I then use a super secret dubbing comb to tease out more fibers to make it shaggy.  This pattern style is a more durable variation of the original with also having a bigger gap due to the scud hook.  Although, I don't ever think this variation will ever replace the original, natural pattern, it will be close due to the ease and durability.  Give these a try next time you need a buggy, heavy pattern.


Tying the Buggy Arizona Prince Nymph from Juan Ramirez on Vimeo.
The Arizona Prince comes from Jeremy Davies and this is a variation of that pattern.  I have added a bit of soft hackle to make it a buggier pattern.  This is a lot easier and faster to tie than the original Prince.  Give them a try.
Posted by Hopper Juan at 7:37 PM 5 comments:

Here's a pattern that can have you dreaming of summer time and big dry flies along the banks!  The Chubby Chernobyl is as big and bright as any fly out there.  I haven't fished this particular fly, but have fished many like it over the years.  I tied some up to try out this summer, which will be here before we know it.  I am not complaining, just trying to be prepared!    For those of you who have fished this pattern and have had success, leave a comment about this fly.  I am sure there will be a few. 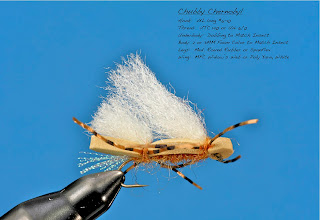 Here are a few images from the 35th Annual West Denver T.U. tying clinic.  I wasn't able to get many shots as it was busy for most of the day and sneaking in to get close up shots was hard to do.  There were over 50 great tiers from Colorado, New Mexico, Nebraska, Wyoming and Texas.  If you have never been, I highly recommend that you get to next years' event. 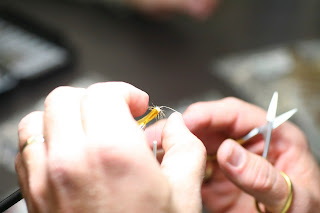 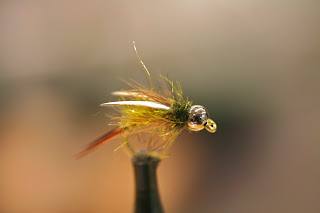 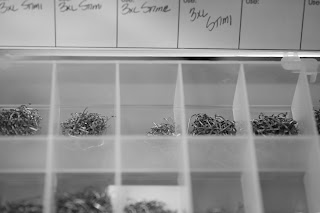 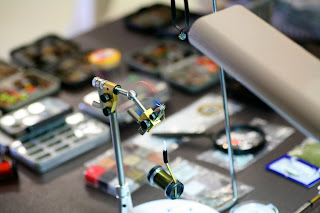 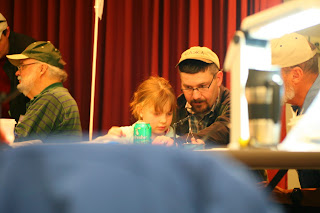 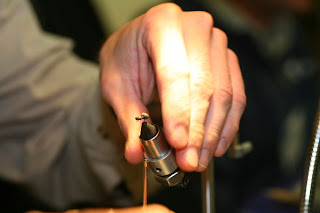 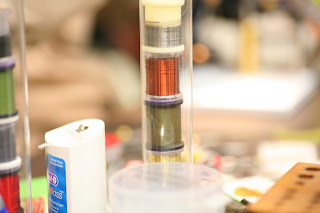 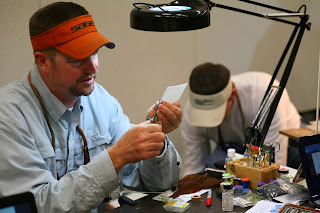 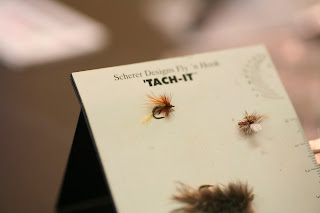 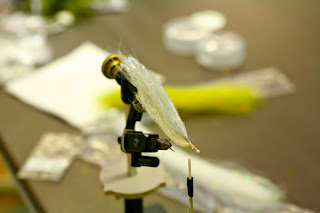 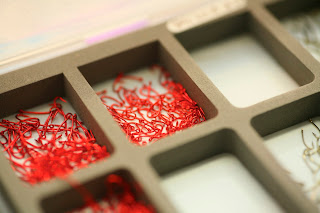 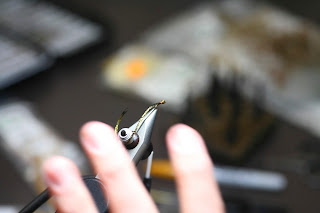 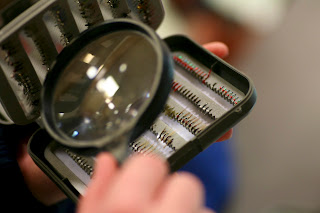 Them midges are small! 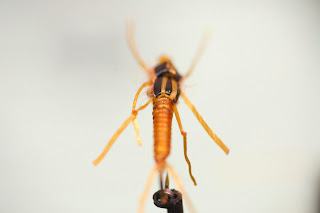 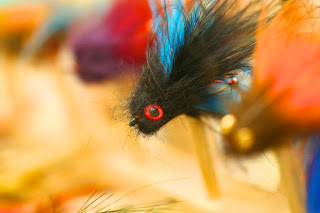 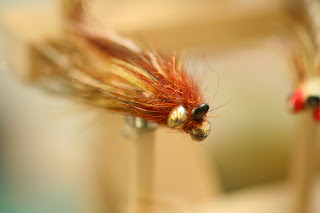 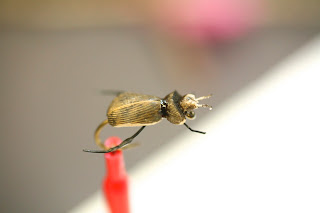 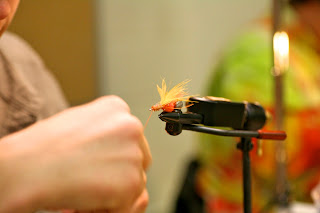 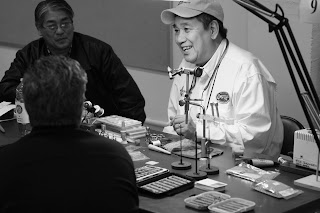 Rick Takahashi telling another story.  I wonder if he tied any flies during the day?  :) 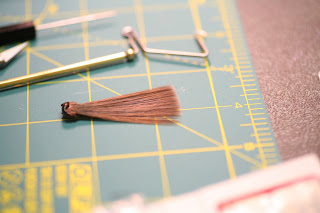 It's that time of year again.  Time for one of the best fly tying events out there.  The 35th Annual Fly Tying Clinic.

FEATURING DOZENS OF EXCELLENT FLY TIERS from Colorado and  Neighboring states.  This is the area's premier fly tying clinic. The entrance fee is $10.00. A $2 off coupon is available at your local fly shop. Children 12 and under are free.


Saturday
February 12, 2011
9:00 am to 3:00 PM
Jefferson County Fairgrounds
Westbound 6th Ave. Exit at Indiana St. , go West on the south service road to the Fairgrounds entrance. Look for the auditorium which has lighted marque sign or just follow the people walking in.
Don't miss this opportunity to chat with some of your favorite tyers and make some new contacts. 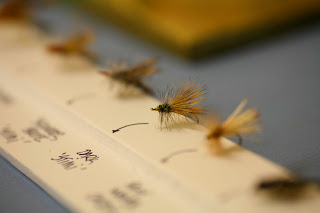 Have you had the chance to check out this site?  Herman DeGala has created what I feel is the most unique website out there.  It offers a 360 degree view of flies.  Most patterns listed have recipes so you can gather materials to tie the flies shown.

I am honored to be part of this special site.  Getting listed on Herman's site is by invitation only and I was asked last year to provide some flies.  I quickly mailed some out and a few days later, they were up.  I appreciate the effort that Herman goes to, to provide us with this site.  Thanks Herman!

Listed below are 3 flies that I gave Herman last week when we ran into each other.  These came out of my box and although I wish I could have given him a lot more, I could only find 3 to give him.  The new iStone and the Colorado Caddis were two of the ones I gave him.  I don't claim the Colorado Caddis as mine as I stole it from Midgeman's blog but that pattern doesn't even resemble what I have found listed as the Colorado Caddis.    I put my own twist on it but have kept the same name.  I am sure it could qualify as a new fly but since I stole it......

Some of the world's best tiers have flies displayed on this site, originally tied by them.  It is a great reference site so go grab a warm or cold beverage and take a look here: 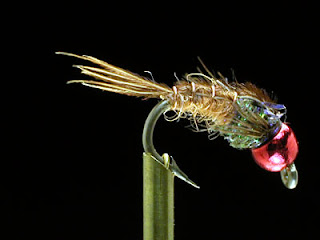 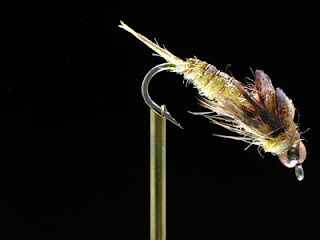 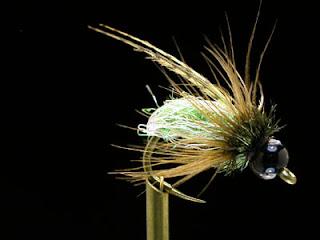