This Friday, 12/03/10, I will start my fly tying class series.  The first class is "Techniques for Tying and Fishing Midges".  This class will go beyond showing you a few flies that are good for fishing.  The idea is to talk about different situations for these and other fly patterns.  Having a well stocked fly box is only part of the equation.  Presentation and technique will help to land those fish that are eating and make winter fishing productive.  So stop by at Ghillies Fly Shop, now located in downtown Colorado Springs, and see what these classes are all about.  Cost is $25.00 and the class runs from 6:30-8:30pm. All materials are provided.  Classes feature HD video projection for easy viewing.  Call to sign up!  719-531-5413.

Flies tied at Anglers All Demo

I was asked by a follower of this blog to provide some of the flies tied at the Anglers All demo that I did this past Saturday.  Listed below are some of the flies I tied at the demo.  In every one of these demos, I try to gather all my materials and put them all together and run through to make sure I have everything for all the flies.  I always forget something!  On the Red Glossy Back Baetis, I didn't have the epoxy for the wingcase.  I forgot to take my marker for my new iStone's foam wingcases.  The marker that I used in place of the dark Brown was a reddish brown and looked a bit off.  I tied my Floss Back Emerger with a black thread rib instead of x-small black wire resulting in a broad rib.    Other than that, things went well.  Thanks to all who attended and for Anglers All for having me visit their fine shop. 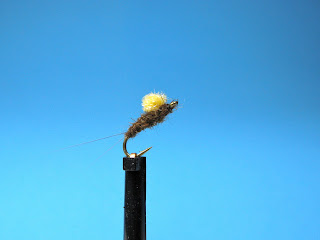 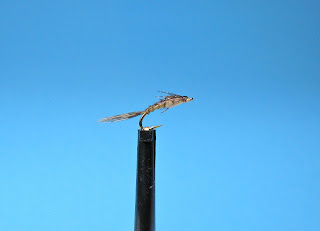 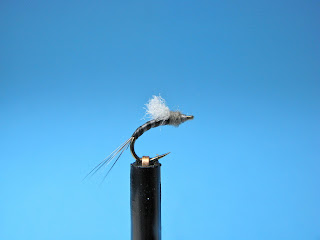 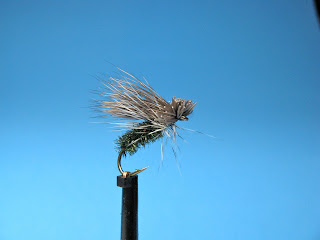 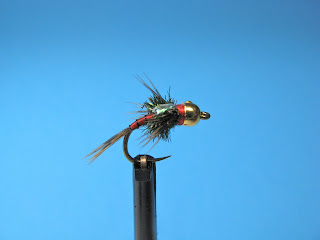 Glossy Back Baetis--minus the glossy back! 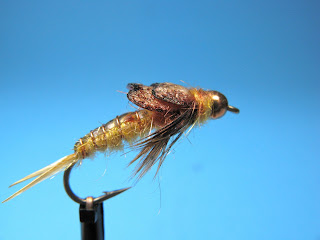 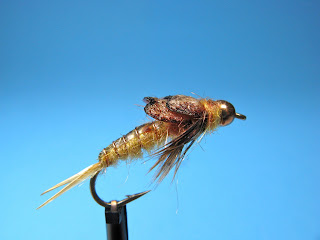 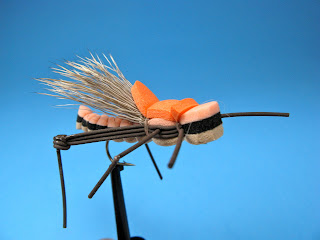 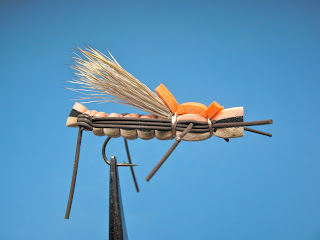 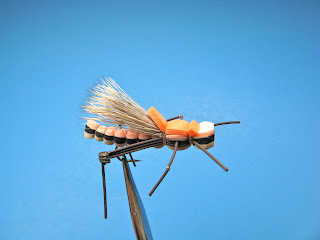 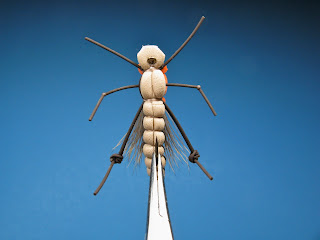 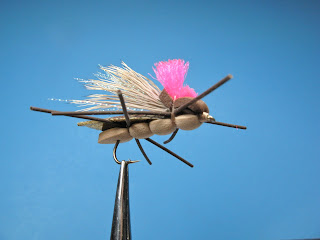 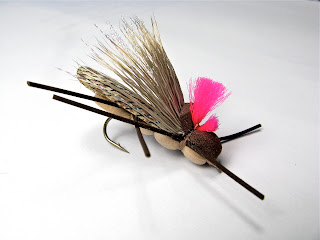 Tying Demo at Anglers All

I will be at Anglers All this Saturday 11/20/10, from 10:00am-12:00pm tying up some of my favorite patterns.  I'd love you to stop by and meet me if you can.  Let me know if you have any requests and I will see what I can do to get those on the tying list.
Click here for more info:  http://www.anglersall.com/event/fly-tying-demo-juan-ramirez
Posted by Hopper Juan at 6:54 AM 2 comments:

Email ThisBlogThis!Share to TwitterShare to FacebookShare to Pinterest
Labels: anglers all

I simply call it the Animas.  You won't find this name on many of the must fish rivers, but that's just fine with me.  It's a wild river with wild fish.  Some are big, but most are just average.   You just have to know how to fish it.
Starting high in the San Juan Mountains, it makes it's way through the town of Durango, CO.  This is where I choose to fish, on many stretches through town.  Usually, I have many of these stretches to my self as many people don't think fishing in town is cool or just isn't productive.  Of those times that other people are on the river, many of them just don't know how to fish it.  I often see many people show up and fish for 30 minutes only to leave after a fruitless effort.  While I don't consider this a loaded fishery, as some of the tailwaters are,  I can often times find the fish.  It has taken me a few years to figure things out, but I know where they are.  After a 2 year void in fishing the Animas, I was back on it yesterday.  It was good to me, as the fish are still in some of the same areas.  As a freestone river, there are many stretches that have changed.  Some for good, some for the worst.  My most productive winter run has been filled in by rock to help divert water from the highway bridge pillars.  It was so awesome a hole, I once went through with 20 drifts and hooked 14 fish after changing to an egg and red larva.  I ran through with a different rig about 15 times before changing without a twitch.  After the 20 drifts, I switched back to the privious rig.  Nothing.  Back to the egg and larva and first cast, fish.  I finally stopped after proving my theory that these fish loved the egg.  Now this hole is covered by thousands of pounds of rock.
As you can see below, these fish are still eating eggs and larva.  I chose the green larva since there are so many caddis larva in the water and it proved to be a good choice.  Although I started with the nymphs, it was the CDC midge that made the day.  Later in the afternoon, many of the smaller fish were gorging on emerging midge pupa and some adults.  I had a ball.  While knowing there were bigger fish to be had, I chose to stay on top and enjoy rising fish.  Part of the fun was being able to spot all of these fish off of a pedestrian bridge.  Looking down, there were a bunch of fish rising.  Once settling on to the water, I had no idea where they were and was fishing "blind".   Eventually, they would rise to reveal themselves and I would drift a CDC midge over where I last saw them.  It was a good day. 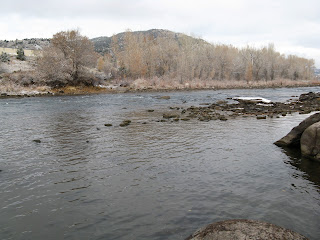 Looking North on the river. 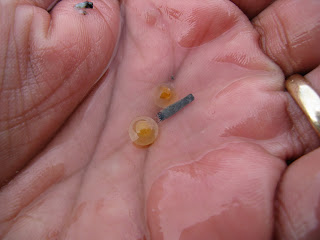 There were a few eggs in the river. 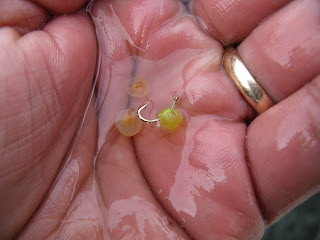 I managed to fool a nice brown on this pattern. 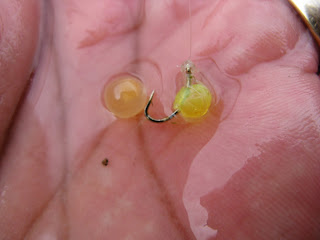 Pretty good match except for that Japanese steel. 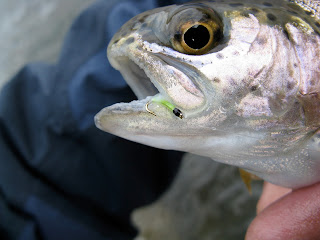 I fooled this one on a chartreuse larva. I assume they took this pattern as a caddis larva.  Maybe they thought it was a green midge? 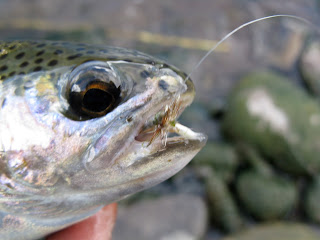 I saw this one rise as I was walking.  I came back o him after I switched to a dry fly. 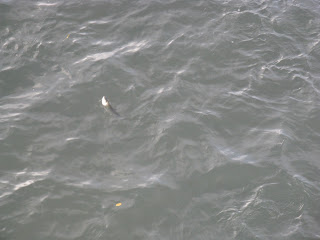 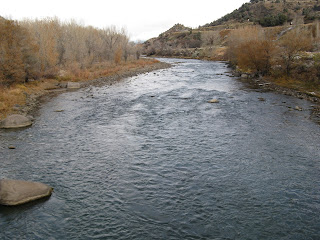 Looking north from the foot bridge.
Posted by Hopper Juan at 1:11 PM 4 comments: