Come check out the first of many visits from some exceptional fly tiers form around the area. All flies will be projected on a HDTV in High Definition.

Ghillies Fly Shop
3314 Austin Bluffs Pkwy Colorado Springs, CO 80918
719-531-5413
Demo starts at 10:00AM
Larry Jurgens is with Front Range Anglers of Boulder Colorado and will be here to dazel you with his magic. Larry has been tying flies since the early 60's and has probably forgotten more tricks than we will ever know.

Here is a short bio:
I started tying flies in the early 1960’s. I take pleasure in tying and fishing standard patterns! But, I really enjoy tying patterns substituting different materials and techniques to outwit the wily prey. When I do come up with a new and/or changed trout pattern I do my initial testing on the various species of Sunfish. Then depending on the pattern, it is on to the more challenging waters containing Trout.
Per my experience it is harder to catch a large Sunfish when it is NOT on a spawning bed than it is to catch a trout in a swift-moving stream. Large Sunfish will scrutinize a fly with a jaundiced eye before they will partake in the meal! But, remember this is only my opinion.


Larry will tie several of his great patterns such as: 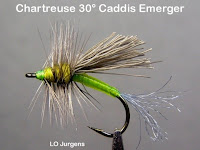 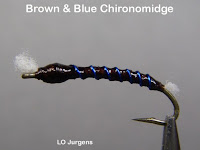 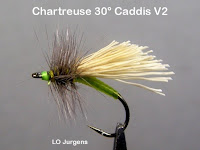 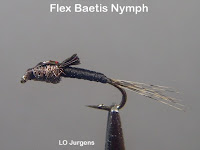