All of a sudden we went into spring mode!  We have been having great weather for the last few weeks on the Front Range and that has led to rivers warming up a bit and with that, the bugs have started moving and that makes the fish move and look for more food.  The fishing on the South Platte and Arkansas Rivers has been great, considering it's still February and winter.  I was out three times this week and each day was different than the one before it.  Monday brought a last second guide trip to Deckers where the fish were really eating both midge larva and baetis nymphs. 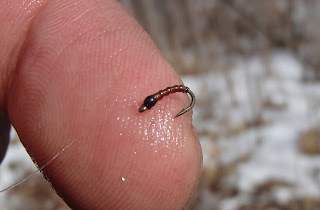 Wednesday and Thursday were spent on the Upper Arkansas where I fished and guided, using the normal stonefly, caddis larva and baetis nymph combo. The fishing there has really turned on as the water has warmed.  There is no ice on the water and readings have made it up to 45 degrees from readings of 38 last week.  The fish are eating all types of food, but are really looking for baetis nymphs when the water warms up.  We will probably have some early BWO hatches so get ready now! 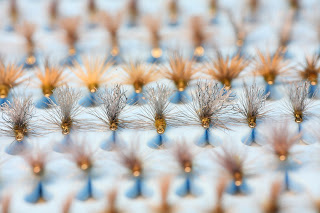 For February, the river is really fishing well and that is due to the weather we have been having.  I think it will continue to be nice, with a few storms thrown in here and there, but it's only going to get better from here on.  If you are interested in visiting either river with me, let me know and we can get it set-up!  Until then, get out and fish!